Get 10% OFF* Use Coupon Code: HolidayGift2020
Categories
Free shipping over $75
100% Satisfaction Guarantee
Shipping to 55+ Countries
Ancient History: Axe to Art 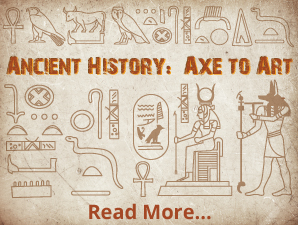 Art began 30,000 years ago and gives a significant glimpse of history. It takes us through a progression of art styles, evolutions, and periods that speaks about the time each artwork was created. Art has always been the product of the intellectual and emotional relationship between man and the world. Ancient art tells us stories, tells us about an era's values and moods of old artists and lets us connect to the people before us.

Layton R., in this book, The anthropology of art, has defined art as,

"We identify artworks in a formal sense because we find them aesthetically pleasing, and we find that they enhance our perception of the world around us through the apt use of images."

From the development of hunting tools to developments in food production and farming to early examples of art and religion, this enormous time which is more than 3,000 years ago has been a period of significant change. Let’s get inspired today by knowing how art and art tools have changed through different ancient periods.

This age was characterized by the use of tools by our early human ancestors around 30,000 B.C. and the subsequent transition from the habit of hunting and gathering to agriculture and food production.

Early humans lived in caves, simple huts or tents in the Paleolithic period (about 2.5 million years ago to 10,000 B.C.) and were hunters and gatherers. Ancient humans used simple stones, primitive stone axes and tools made out of bones for hunting birds and wild animals. They cooked their prey with controlled fire, including woolly mammoths, deer and bison. They also collected plants, fruits and nuts.

With no existence of language or written records, Art began by carving humans, creatures, symbols, and signs, with a mix of minerals, ochres, burnt bones and charcoal blended in water, animal fat, blood, and tree saps. Small figures from rocks, wood, bones and antlers were also carved. 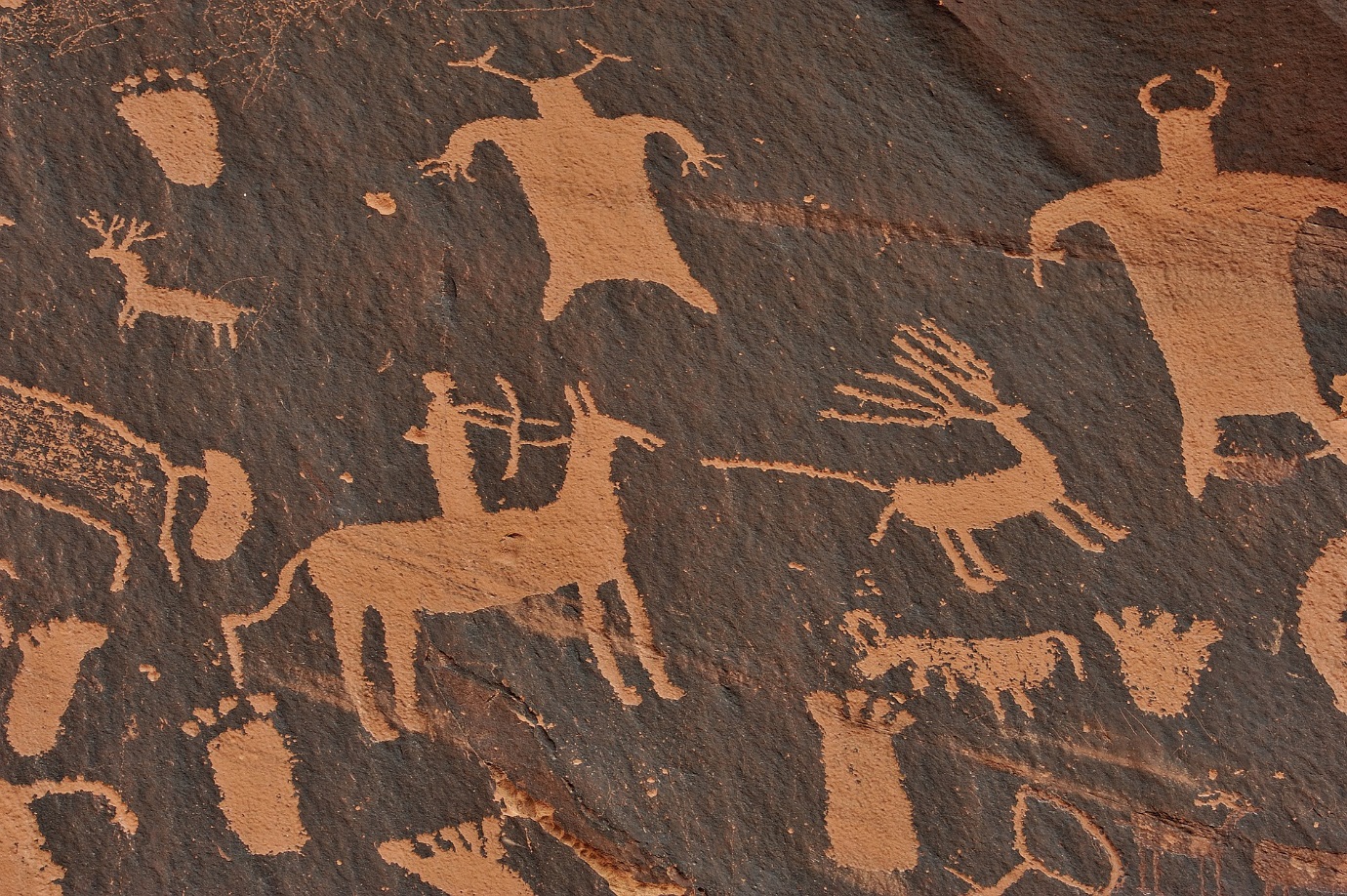 The ice age ended with the end of this period. This led to the vanish of numerous huge warm-blooded creatures, with rising ocean levels and environmental change that in the end caused movement of individuals.

Human beings used small stone tools during the Middle Stone age period (10,000 B.C. - 8,000 B.C.), which were polished and sometimes shaped with points and attached to antlers, bone or wood to act as spears and arrows. They lived like nomads near rivers or water bodies. During this time, agriculture was introduced that led to building a civilization.

By the beginning of the New Stone age (8,000 B.C. - 3,000 B.C), ancient people moved from a hunter’s lifestyle to agriculture production. They domesticated animals and started cultivating grains.

During this age, bronze, tin and copper alloys were found. Thus, began the metalwork development. The ox-drawn plough and the wheel are discoveries of this age. Stone and wood accessories got replaced with steel and was used in various art accessories & tools.

This period additionally made progress in art and architecture. The potter's wheel development and textiles are a part of this age. Houses were built that were known as roundhouses that had a circular stone wall with a turf roof, with a fireplace outside the home. This is how towns and villages came into existence.

There are Egyptian hieroglyphs and petroglyphs (rock engravings) that are written records of this period.

This period was called the Iron Age because of the discovery of ways to heat and hammer iron (1,300 B.C. to 900 B.C.). The metal was viewed as more valuable than gold at the time. Iron was the most used metal and refining iron was easier than bronze.

In addition to large-scale manufacturing of steel apparatuses and weapons, this ancient age, saw further advancements in engineering, with four-room houses, forts or royal residences, sanctuaries and different religious structures. There was also early urban planning, building blocks of homes along paved or cobblestone roads and installing water systems.

Everything became more advanced in agriculture, art and religion, and writing systems and written records, including alphabets, began to emerge in the early period of history.

Art history reveals how each expressive and aesthetic innovation of the modern-day art is based on underlying foundations of the ancient ages. Therefore, when considering contemporary artwork in today’s modern world, the study of ancient art is of fundamental importance. Any act of creativity requires a commitment to its tradition.

Why should budding artists participate in Online Art Contests? July 3, 2019